A few excuses for a night on the tiles in Dublin City... Dublin Festival Season is fast approaching... Dublin is one of the best cities in the world as far as I'm concerned but maybe I'm a little bit biased ;)

There is a great buzz around in the Autumn Winter months, there are tourists, college students and Dublin locals all having a great time in the top pubs, street fairs, restaurants, cafe bars and night clubs.


-8th-11th September: Dublin Festival of Fashion
'The city is a catwalk for four fashion-tastic days of special offers, new collections, beauty demonstrations and lots of posing!' 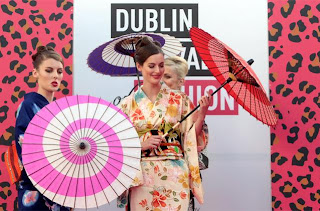 -10th – 25th September: Absolut Fringe
'Taking over more than 40 city venues and celebrating the new and the next, The Fringe Festival introduces us to a ‘Brave New World’' 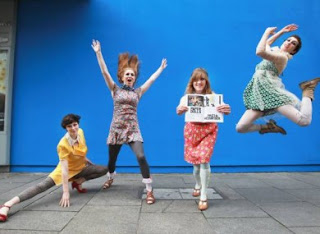 My personal favourite.... 'One of Dublin’s most loved citizens, Arthur Guinness gives us an excuse to enjoy big concerts or intimate gigs in some of Dublin’s cosiest pubs. All washed down with a pint of the black stuff of course!' 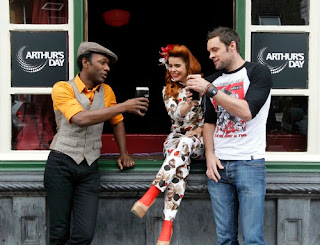 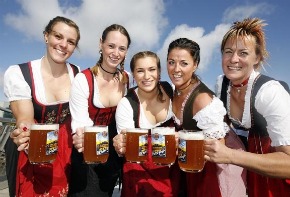 'A night of discovery as galleries, museums and cultural venues open their doors for free – and keep them open well into the night…' 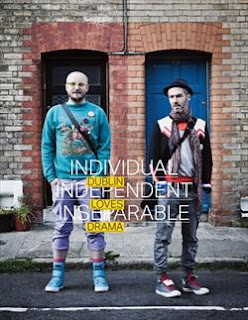 -6th-9th October: Open House
'As Dublin bids for the coveted title of World Design Capital 2014, Open House allows us to explore the city in all its dimensions with guided tours of Dublin’s most interesting buildings and quarters with architects and designers.' 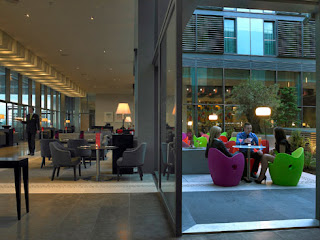 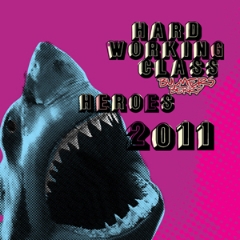 Be there or be square because these events will be brilliant.

This information is courtesy of: http://www.visitdublin.com/event/Dublin_Festival_Season

Posted by Laura Mullett at 16:52 No comments:


Daniel Radcliffe and his girlfriend Rosanne Coker were photographed strolling hand in hand on the streets of New York City. This is the first time the two have been pictured together and the identity of his squeeze had been kept under wraps for almost a year! As far as Hollywood relationships go it wouldn't be suprising if they were married b now and he had bought her a minature furry dog to celebrate their union. 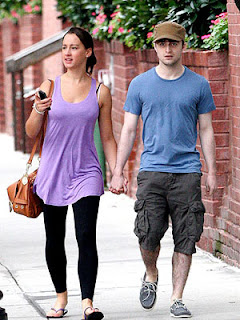 Radcliffe exclaimed his admiration on Larry King Live : "I've got a girlfriend at the moment, who I am very much in love with. So you know, we'll see where that goes,"

She worked as a production assistant on the set of "Harry Potter and the Half-Blood Prince" where the Potter star had what has been described as an instaneous chemistry with her. Rosanne Coker then worked on the last three "Potter" films and even "The Woman in Black," starring Radcliffe which set for release in late 2012.

Click below to see the teaser trailer for 'The Woman in Black' :


A lot of Daniel Radcliffe fans will be unanimously disappointed that their idol is no longer on the market.
The Harry Potter franchise has earned him a vast female fan base. 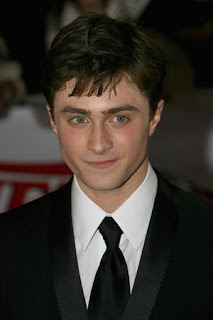 Posted by Laura Mullett at 13:01 No comments:

Summer in the City - A snippet of an 18-year old Carrie Bradshaw. 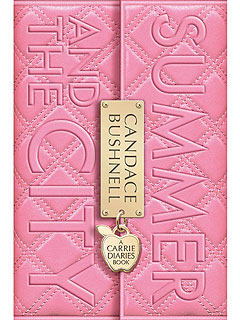 Candace Bushnell gives us an insight into how our beloved Carrie Bradshaw made it in the Big Apple in her latest addition to the Carrie Diaries - 'Summer and the City'. We find out about how a seventeen year old naive wannabe writer bravely moved to New York City alone. She befriends young siren Samantha and young activist Miranda and ultimately meets social princess Charlotte. Together these four unique young women strive make their mark in 1980's Manhattan. The Ultimate Summer holiday read - A prequel that finally hits the nail on the head.
★★★☆☆
What is truly is making headlines at the moment is the rumours about who will star in the film adaption of the prequel. Sex and the City is an institution! Women everywhere idolise the four ladies - not just the characters but the actresses who played the roles with such charisma and sassiness.  Sarah Jessica Parker has become a fashion icon. I would give anything to saunter through the closet of Carrie Bradshaw! I would even give up a limb! Fashion is supposed to be fun and experimental...
Kim Cattrall was the combination of sexiness, comedic genius and pure joie de vivre. Also the styling for the hit HBO was always inspiring to me and millions of other young girls out there. Patricia Field was a coveted asset as the premier stylist for the series and the film adaptions of SATC.
http://www.patriciafield.com/ 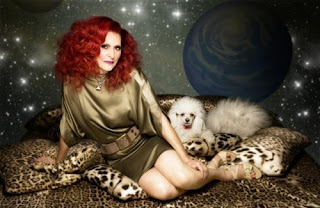 The eccentric stylist Patricia Field
Supposedly, younger sister of the infamous Olsen twins- Elizabeth Olsen is a choice for Carrie for the movie prequel as is Miley Cyrus, Blake Lively of Gossip Girl fame could be portraying our beloved Samantha, Miranda may be played by Julia Roberts famed niece - Emma Roberts. And our elegant social princess Charlotte may be brought to life by Disney star Selena Gomez. The press is awash with speculation as to who will be confirmed for the coveted roles, but so far the deal is all up in the air.
I don't know about you guys but those young ladies have some serious shoes to fill or the backlash could murder their futures in Hollywood. 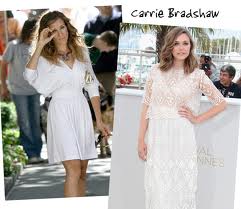 Sarah Jessica Parker & Elizabeth Olsen
''When it comes to relationships, maybe we're all in glass houses, and shouldn't throw stones. Because you can never really know. Some people are settling down, some are settling and some people refuse to settle for anything less than Butterflies...''
- Carrie Bradshaw 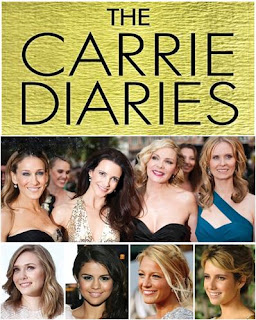 Carrie Bradshaw: ''Damn! Why is that girl still bothering me?''

Samantha Jones: ''Honey, you have to let it go. If I worried what every bitch in New York was saying about me, I'd never leave the house.''
Even after six seasons, two films we are still craving more... I loved the first film... It has to be said - The Vogue photoshoot was spectacular. Here is one of the best bridal scenes that brings many of our cobwebbed wedding fantasies to the surface

Posted by Laura Mullett at 11:34 No comments: